At the moment, Storefront Gallery in Bushwick is showing new paintings by Colin Thomson and Andy Spence. They're both definitely worth seeing. What are really worth seeing, though, are some new still lifes by Amy Lincoln.


Lincoln uses a straightforward, even-handed palette in her paintings, most of which measure about a foot on each side. The colors of objects in the background (curtains or wallpaper) have the same texture as objects in the foreground (simply-arranged potted plants, vases). Differences of light and darkness are abrupt, and shadows are blockish and squared-off.  Surfaces of inanimate objects (and even faces, seen in photographs, mirrors, or as primary sources) are decidedly smooth.
Given the simplistic, homogeneous aspects of Lincoln's approach, it is perhaps a paradox that her still life paintings are also very individualistic and expressive. Even as details are spared and the distinguishing marks of people or plants are limited, objects in Lincoln's paintings are endowed with a tone of personal import and familiarity; one has the inexplicable feeling of seeing things as someone else sees them--that is, someone else in particular. Her style is at least partly minimalist, and yet a great sense of truly private reflection comes through. It's kind of a mystery.

Most of the time, when we listen to a story, we take idiosyncratic observations and details that we hear as signs that this is one person's idea of what happened. Most of the Western tradition of still life painting is rooted in depicting nature from the perspective of a unique observer, with spaces, objects, and textures being described according to a single, distinct point-of-view. In Art and Artist (New York: Agathon Press, 1968), Otto Rank connects the emergence of naturalism in pre-modern artistic traditions with a personal, one-on-one engagement with the nature (Lucy Lippard. Overlay: Contemporary Art and the Art of Pre-History. New York: The New Press, 1983, 2nd edition, p. 10). Verisimilitude, detail, and individualism are expected--as a general rule--to go together.

The lack of verisimilitude in Lincoln's work takes nothing from the viewer's belief that what we see is true to the sensitivity of how the artist sees. Her still lifes (and, for that matter, the portraits that are on her website) apply tension to the intuitive notion that we should separate visual language that is plainly presented and commonly recognizable from what is particular and nuanced. These are paintings that seem to work with both.

Amy Lincoln: new still life paintings is on view until March 20th at Storefront, 16 Wilson Ave, in Brooklyn.
Posted by Reid at 7:35 PM 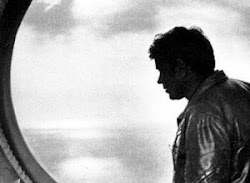